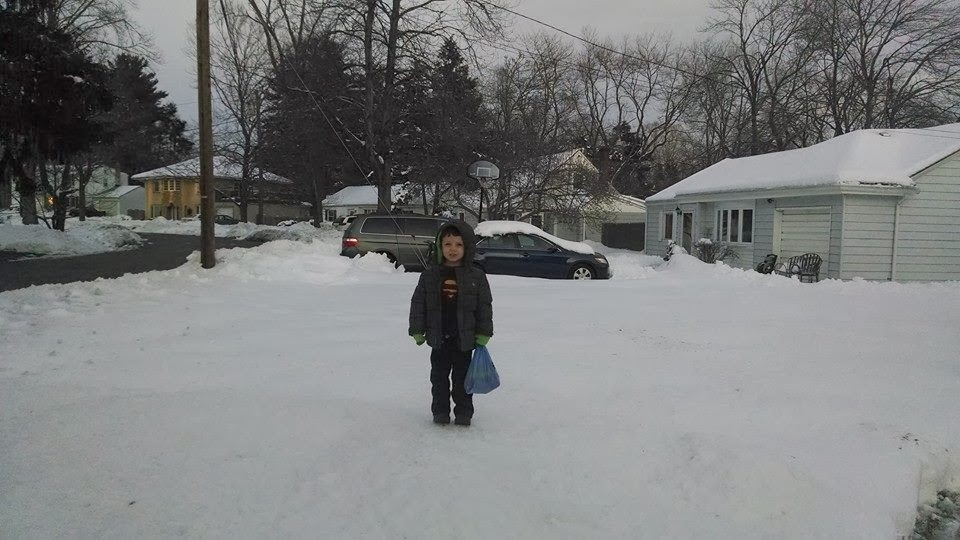 Despite the arctic temperatures and the endless amount of snow, ice, and school closings it's been a very productive Winter.

I've gotten a chance to organize the tackle box which means I'll be ready to fish as soon as the Ice Age ends.

The kids and I have built things with Legos, played video games, and watched Jake and the Never Land Pirates for about a month straight now. I'm not even gonna waste time on this post bitching about the fact that Peter Pan only makes an occasional cameo on that damn show. Who the fuck is Jake anyway?!?

My wife has kept her mind occupied and her spirits up during this relentless bitch of a Winter by cooking bacon flavored coconut concoctions out of her Paleo cookbook.

We even got a chance to go outside one day when the temperature was above 10 degrees to build a couple of snowmen. That was really awesome. After we started getting cold we went inside and watched a show about Never Land where the main character's name is Jake and not Peter.

While the melancholy and the cabin fever has been fun, Spring is just about around the corner. Next week the forecast is calling for temperatures in the low 60s. I look forward to seeing the Sun again and maybe even getting a splash of color back on my face.

I'm on vacation in two weeks and wouldn't it be splendid if I could spend that time fishing in a thawed out lake instead of watching Jake fish in Peter's ocean? That would be terrific.
Posted by captain corky at 5:54 AM