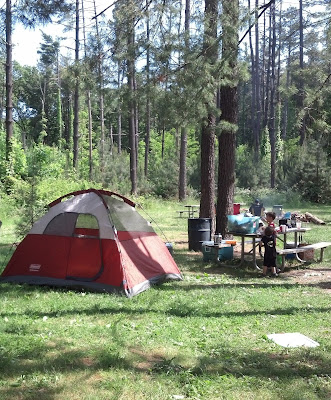 2013 has been one of the coldest Springs we've had in 40 years. I know this because I fish and the crappie spawn was about 2 months behind schedule in Kentucky. Plus, I've seen tons of pics of dudes snowboarding in May on facebook. Crazy shit man.

I was beginning to think the Summer of 2013 had forgotten us and decided to go in a different direction, but it's here at last.

This Summer we fish, camp, swim, and go to the beach.

We're also adding a new sport to the 2013 Summer: baseball.

Lately my sons have expressed a good amount of interest in America's former national pastime.

The little one has a great natural swing, but is directionally challenged. The bigger one has much better eye hand coordination, but tenses up when he swings the bat. Both will be corrected by the close of the third quarter.

I don't want to screw the boys up for life.

The best course of action is to watch some YouTube clips for correct batting mechanics. Or maybe I'll buy one of those batting videos from a retired Major League roid head. Either way, my fucking kids will be ready for Minor League Baseball by the time they graduate high school.

In the meantime, it should be a really nice Summer and I'm looking forward to having lots of fun with the family.
Posted by captain corky at 5:21 AM